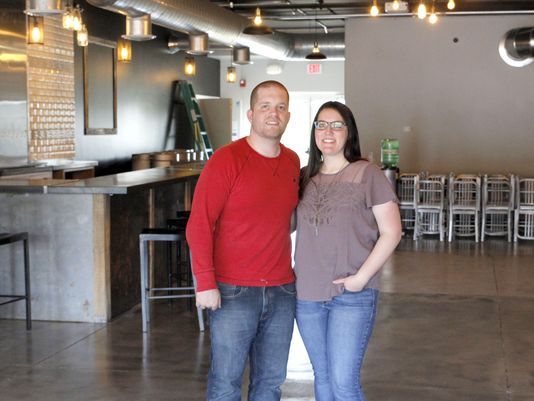 The journey to BrightSide Aleworks started in early 2011 when Andrew was lucky enough to receive a coveted Mr. Homebrew kit from his parents for Christmas 2010. Molly and Andrew already had an interest in craft beer and were researching start-up equipment to home brew. So why invest the money in all that equipment when they had all they needed, right there, in a convenient little package. So off they went. They were brewing beer together and they loved it!

Over time they slowly began upgrading their homebrew system (not sure why anyone would upgrade the Mr. Homebrew kit, but whatever) As they moved around central Iowa for work their love for brewing stayed with them, but the space to brew wasn’t always there. That didn’t stop Molly and Andrew! They brewed in small apartments, inside garages, on a deck and anywhere else they could find.

Now, just because you like craft beer and think you want to brew is a long shot away from actually creating good beer. For these two this wasn’t an accident or luck, their backgrounds complement the craft very well. Molly has a MS in Food Science and Andrew has a Masters in civil/ environmental engineering. If all that experience and schooling has taught Andrew anything at all, it is “That the best way to improve water quality is to use it to make beer.” So yeah, Andrew is super smart.

After moving around central Iowa for a bit, the Frana’s decided Altoona was the place to put down roots. Generally, the story goes like this “They bought a house, got a few pets and welcomed some new little Frana’s into the world” But not for them. Putting down roots means researching a spot to bring a new brewery and taproom to Altoona and that’s just what they did in late 2014. They later stepped away from the first brewery for personal reasons, but that was NOT the end. In fact, that paved the way for a new beginning! 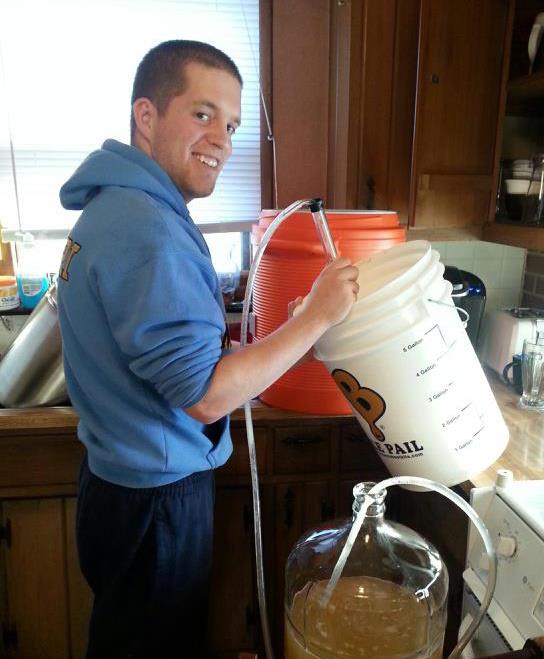 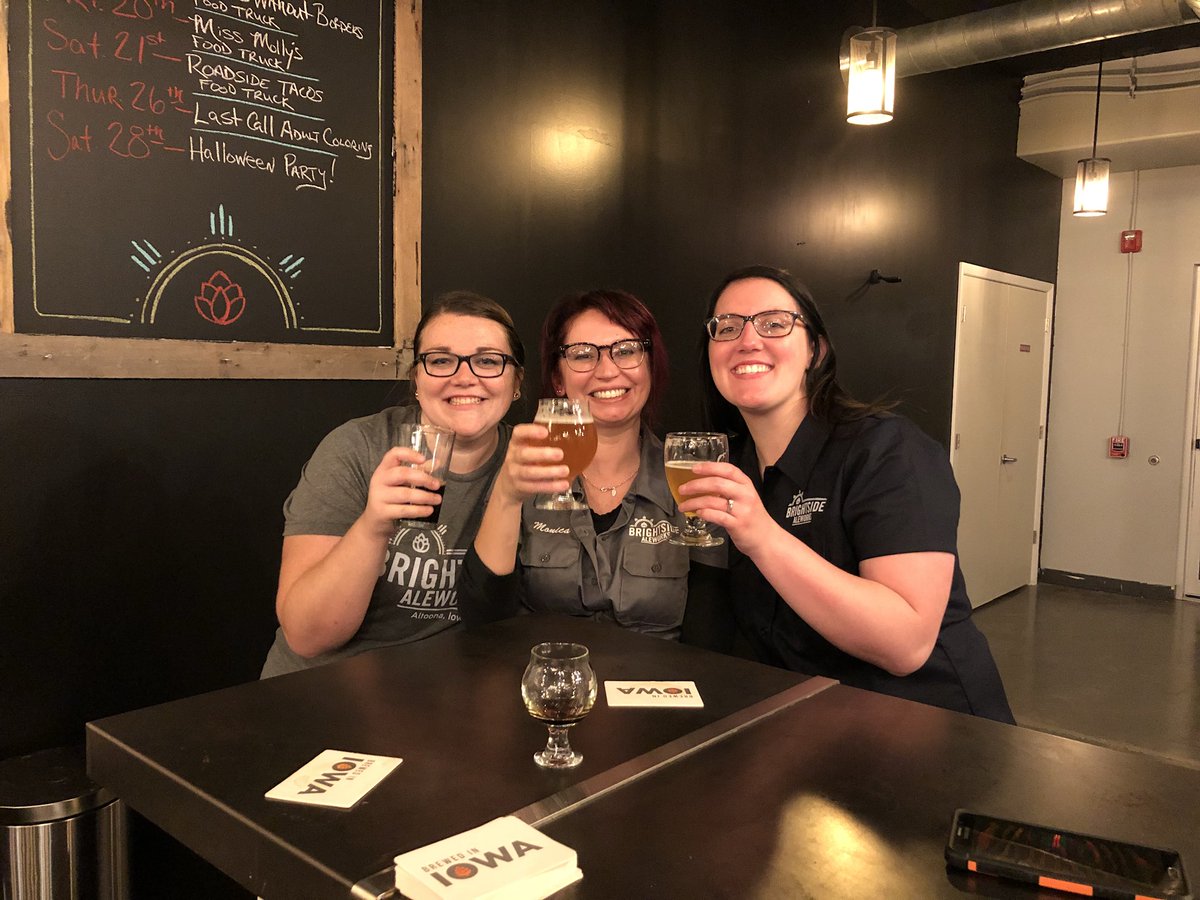 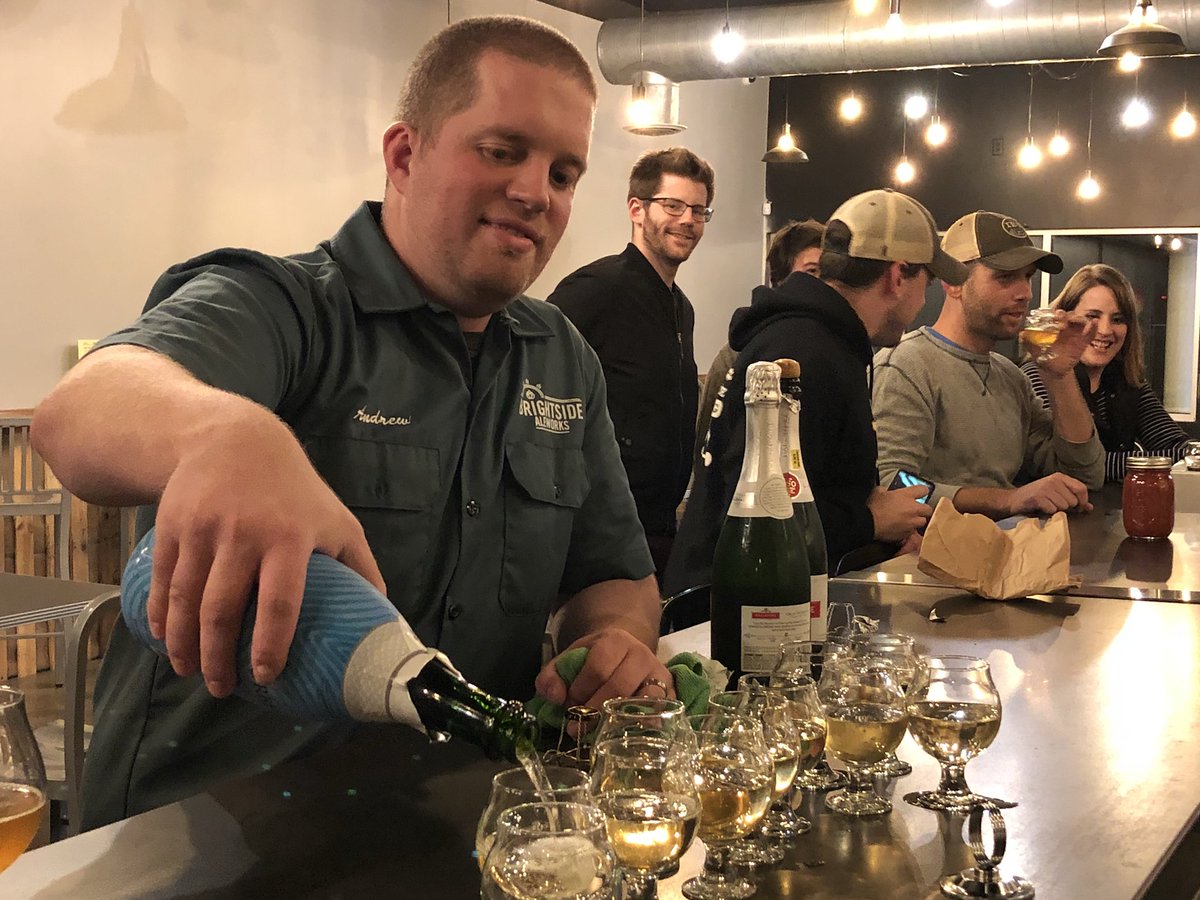 In October 2017, Molly and Andrew Frana brought their dream back to Altoona, IA in the form of Brightside Aleworks. They have since upgraded and elevated the taproom with new tile, fresh metal work, professional sound panels and a fresh new atmosphere. They want to vibe to feel like a coffee shop that brews and serves craft beer. A place for friends, conversation, laughs and fun. I’ve been there. They NAILED IT!